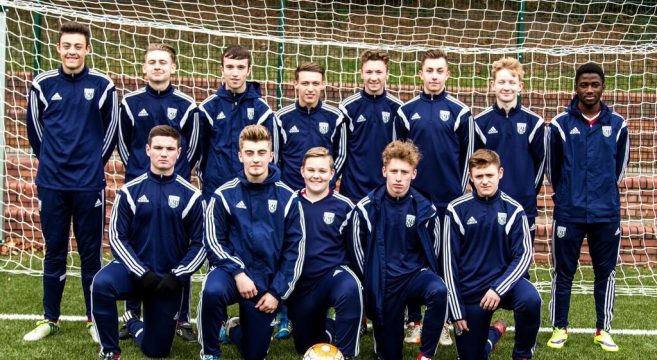 The team trains twice a week at top facilities with West Bromwich Albion Academy coach Dan Bryson, playing every Wednesday afternoon under the WBA name but in a college-structured league.

Sport studies lecturer and learning development coach, Joshua Greaves, said: “The lads have made a great start to the season. They are on course to win the league if they continue their current form.”

Students work towards a BTEC Level 3 Sport qualification and develop their football playing ability with coaches who have direct links to WBA Academy and scouts.

WBA training kit is worn for all college activities; with WBA match kit provided for fixtures.

The football academy also plays a match on The Hawthorns main pitch during the close season.

Exceptional players could earn the opportunity to pursue a professional or semi-professional career.

An open trial for next season is taking place on Monday, February 15 between 12 and 2pm at Portway Lifestyle Centre in Oldbury.

Players should bring moulded boots and shin pads for the 3G surface pitch.