Home / RACHEL HAS SHOT AT RIO

RACHEL HAS SHOT AT RIO 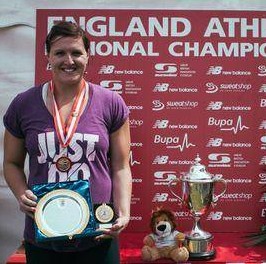 Ranked number one shot putter, Sandwell College lecturer Rachel Wallader has been selected to represent Great Britain in the European Athletics Championships, and is on course to go to Rio.

After regaining her British Championship title in the Women’s Shot Put with a distance of 16.67m at Alexander Stadium in Birmingham, Rachel will be continuing her Olympic bid in Amsterdam this week.

She currently holds both the indoor and outdoor titles and is ranked number one in Great Britain. To qualify for the Olympics she needs to throw 17.75m.

But after throwing over 17m some seven times already this season, Rachel has already come close to being part of Team GB in Rio with a distance of 17.53m.

Well done Rachel, we are very proud of you!