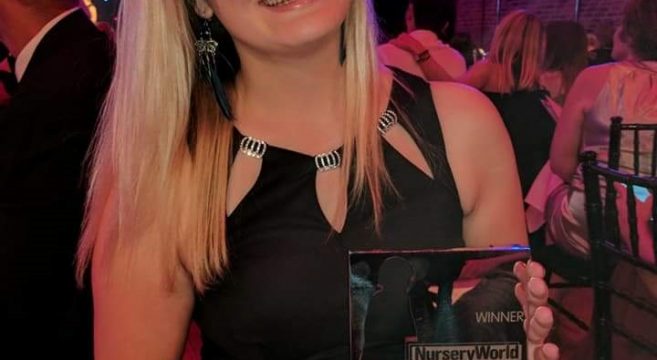 A determined and dedicated former Early Years student from Sandwell College has won a national award for her nursery.

Dovile Baikauske, nee Sunskyte, overcame her struggle with English to complete Level 2 and 3 in Childcare and Education after first moving to the UK from Lithuania in 2007 aged just 16.

Fireflies Nursery, where Dovile is manager, has won the national Nursery World award for Early Years Launch of the Year. It also has been nominated for Outstanding Business of the Year award at ABCC Awards in Birmingham.

Dovile graduated from Newman University with a 2:2 Early Childhood Education and Care BA (Hons) degree and during her last semester began working as a nursery practitioner.

She later secured a position as room leader at a nursery in Smethwick, where in just seven months she was promoted to Nursery Operations Co-ordinator, and six months after that became Deputy Manager.

Fireflies opened last year and Dovile was appointed Manager. She currently has a team of 12 staff and three students, catering for up to 96 children.

Dovile said: “I was very thankful to have such support right from the start.”