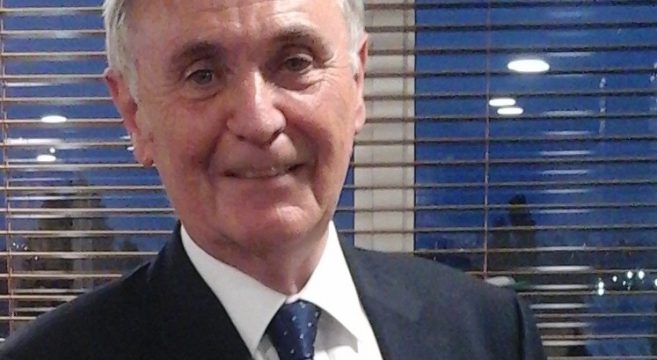 Governors at Sandwell College have bid farewell to Chairman John Tew as he retires after nine years at the helm.
Current and former Board members gathered at The Hawthorns to mark the occasion of his last meeting and presented John, who is a huge West Bromwich Albion fan, with a souvenir programme and match day hospitality voucher.
As a tribute to the Chairman’s service The John Tew Achievement Award will also be presented to a worthy student each year. 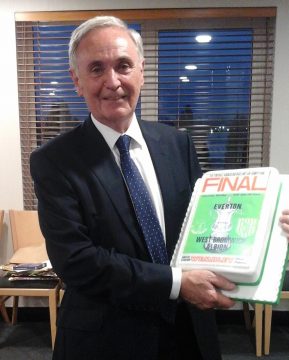 John became a member of the college’s Board in November 2007 and was appointed chairman in May 2008. His term of office, during which he has served and chaired various committees, ceases at the end of this month.

Sandwell College Principal and Chief Executive, Graham Pennington, said: “John has made a tremendous contribution to the College during the last 10 years to the benefit of our students. John was also instrumental in driving forward the project to build our £77 million campus, both in terms of securing the necessary funding and monitoring the project through to its completion. Everyone at the College wishes him well in his future endeavours and looks forward to seeing him presenting The John Tew Achievement Award next year.”

John is a former President of the Sandwell Chamber of Commerce and retired Managing Director of a West Bromwich insurance brokers. He has extensive commercial and financial expertise and is actively involved with the Black Country Chamber of Commerce as a member of its consultative forum and Chairman of its stakeholder engagement sub-group.

Current Vice-Chair of governors, Ken Ellis, will take the role of Chairman from August 1.