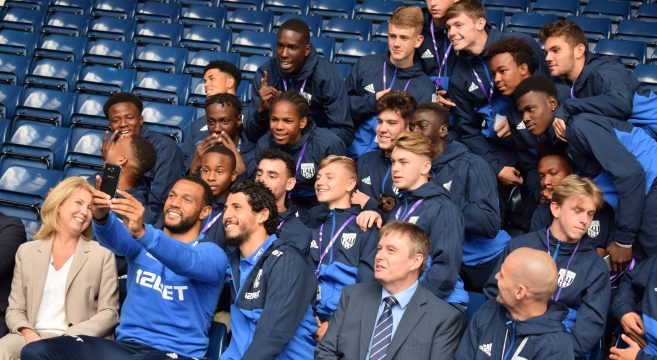 Sandwell College students are on target to be league-toppers after a motivational team talk from West Bromwich Albion first team players.

The Elite course is aimed at school leavers who have a passion for football and an ambition to work in the industry, and is similar to the WBA Academy’s multidisciplinary training structure, supporting player development and recruitment for the Academy. Students represent West Bromwich Albion in the National Football Youth League (U19) against other professional clubs and study for the BTEC Level 3 Sport qualification. The football element is run by The Albion Foundation and delivered by UEFA B Licence coaches, who have direct links to WBA Academy and scouts.

The Elite team play their first home fixture of the season against Dundee United FC.