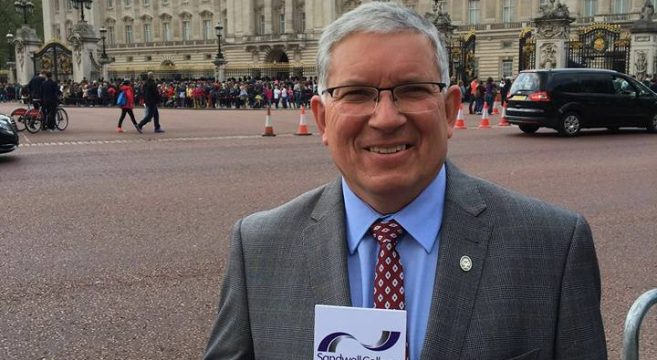 David received a plaque to recognise his support of The DofE Charity. He runs the scheme for Central Sixth A Level students and Central Campus students and recently helped a team from Supported Learning to achieve their bronze medals.

The event was in the presence of HRH The Duke of Edinburgh, and The Earl and Countess of Wessex, who officially opened Central Sixth and Central Campus.