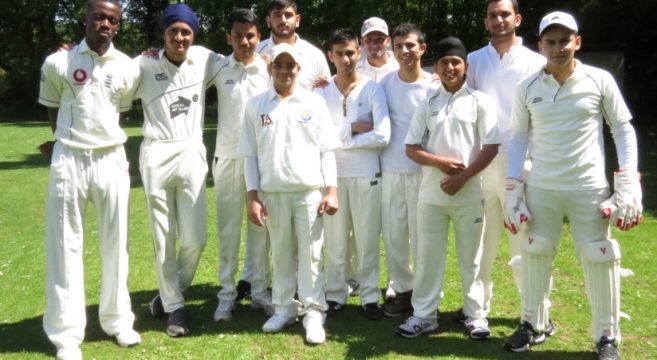 Sandwell College cricketers are celebrating after making it all the way to the Midlands Colleges Final.

Winning their semi final against South Leicester College to go through to the Association of Colleges Midlands T20 cricket finals, the side eventually emerged runners up to the Andrew Flintoff Cricket Academy (Derby College).

After topping the Birmingham group, the largest in the UK, the Sandwell team joined three other group winners from both the East and West Midlands at Sutton Coldfield CC.

Sport coordinator Matt Hammett said: “Our guys have shown fantastic ability, togetherness and determination throughout the season to be worthily declared as Midlands T20 runners up. It is a real sign of the potential and progression of our team here at Sandwell College. We should be really proud of the learners and how they have represented the college and the area with pride.”

The Sandwell College team began the season beating Halesowen College in their opening game (Sandwell 166 all out, Halesowen 73 all out) and unbeaten rivals Sandwell Academy (Sandwell 248-5, Sandwell Academy 95 all out), in a game which saw ESOL learner, David Patel, smash a century. Run in partnership with the ECB, colleges compete at regional level in the AoC competition before progressing to national finals.