Home / CINDERELLA HAS A BALL AT SANDWELL COLLEGE PANTOMIME!

CINDERELLA HAS A BALL AT SANDWELL COLLEGE PANTOMIME! 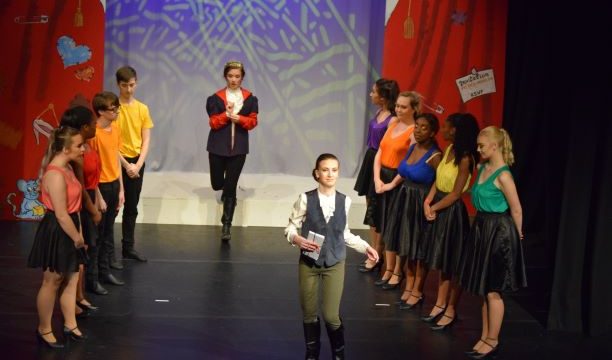 The learners selected the well-loved magical tale where only magic could save the day when Cinderella’s step sisters stopped her from going to the prince’s ball.

Students were in the spotlight for three days, with the student technical theatre crew managing the whole production from sound to lighting.

Charlotte Isley was in the starring role as Cinderella, following her previous casting in the college’s summer performance of The Wiz as baddie Evilene.

In a further role reversal, the cast featured Esther Adu as the Evil Stepmother after she played the good-hearted Dorothy in The Wiz.

This was team leader and director Emily Chell’s 10th pantomime with the college. She said: “The students have loved performing this song and joke-packed modern twist on the Cinderella classic, and sharing the magic with everyone.”