CELEBRATION OF SUCCESS FOR EXCELLENT STUDENTS 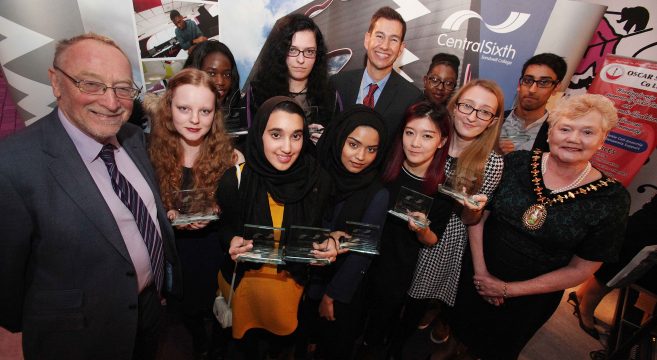 Successful A Level students from Sandwell College’s Central Sixth were presented with an array of awards last night.
Special guests the Mayor of Sandwell, Councillor Barbara Price, and West Bromwich West MP Adrian Bailey, handed over the top prizes to the highest achieving sixth formers.
Central Sixth Student of the Year and the Marie Curie Prize for Science and Maths went to Nafisah Khalil, who scored A grades in all four of her AS Levels a month ago.
Winner of the Sandwell College University Bursary was Charlotte Jones, who also won the Central Sixth Prize for Biggest Contribution, after gaining AAB in her A Levels, editing the sixth form magazine, and running the LGBT Rainbow Guild group. Charlotte is now going on to study English at the University of Birmingham.