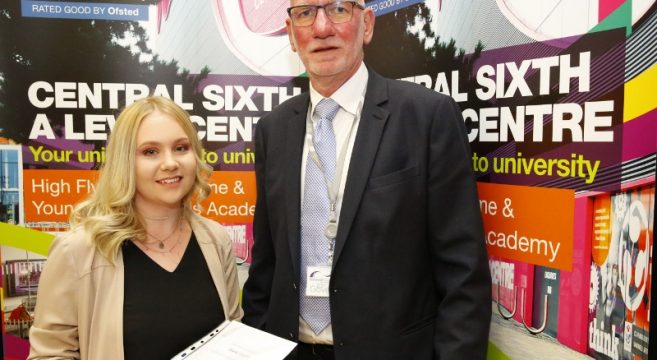 Star A Level students from Central Sixth have been presented with prizes to mark this year’s excellent results!

Sandwell College Principal Graham Pennington said: “We’re immensely proud as our students have achieved record results, and their success has encouraged record numbers of young people to apply for admission to our A Level programmes.”

Students at Central Sixth soared to success with a 100 per cent pass rate in 19 different subjects this year.