CARPENTERS ARE NO. 1 & 2 IN WEST MIDLANDS 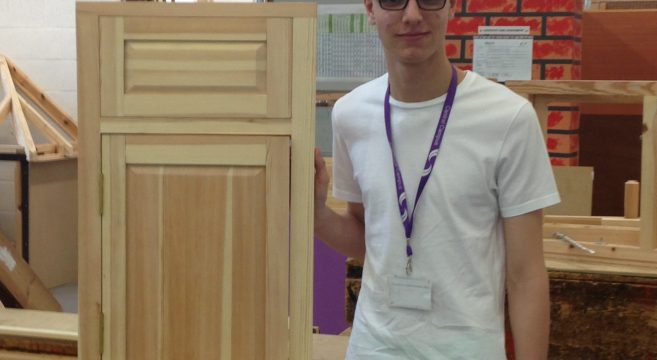 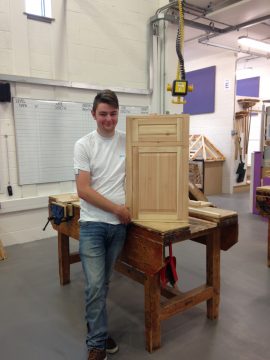 Two carpentry students from Sandwell College whittled down the competition by finishing first and second in the West Midlands.
Luke Cooper lived up to his surname, by winning the Institute of Carpenters ‘Carpenters Craft’ Award.
Robert Hill, who also won bronze in the regional heat of SkillBuild 2014, came in a close second.

Both Level 2 students have been perfecting a kitchen cupboard front throughout the academic year, using the skills they had developed during their Carpentry and Joinery course at the college.
They will soon discover if they have been successful at getting through to the national heat at Carpenters’ Hall in London.

Home / CARPENTERS ARE NO. 1 & 2 IN WEST MIDLANDS
Apply Now