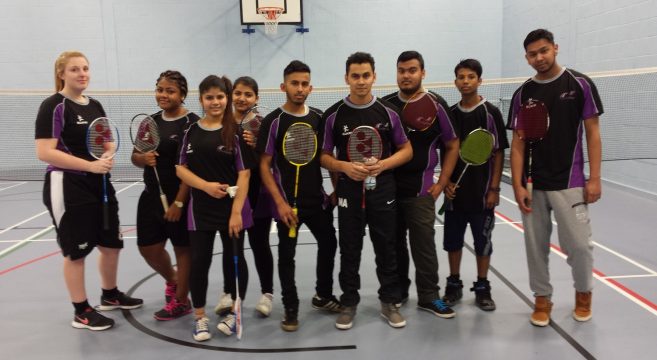 Badminton players from the Sandwell College team are celebrating after netting a place in the national semi-finals at first attempt.

Winning six out of 10 games against opponents NEW College in Redditch, who counted the Worcestershire ranked number two player among their team members, the Sandwell team emerged victorious in the latest round of the AoC National Badminton Plate competition.

The star line-up includes Nurul Amin from Business, Najiul Islam and Razib Miah from Plumbing, Mahin Emdadul and Jamil Pappa from ESOL, Kamaria Mann and Rachel Matthews from Sport, and Neha Sharma and Janaki Gaire from Health and Social Care.

The nine-strong team will now play New College Pontefract in the semi finals.

Student liaison coordinator David Hughes said: “This is the first season that we have entered in the National Badminton Plate Competition so we are really pleased at the progress we have made.”