Home / A LEVEL STUDENTS VOTE TO STAY IN EU

A LEVEL STUDENTS VOTE TO STAY IN EU 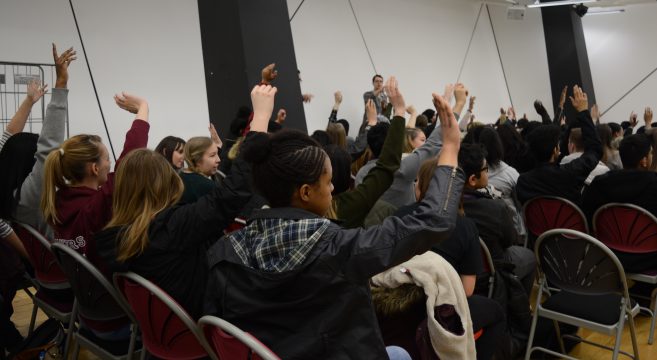 Should the UK stay in the EU or leave? That was the subject up for debate at Central Sixth, with a massive turnout by voters.
Speakers Lawrence Brewer and Michael Clark argued the case for staying and leaving. And an overwhelming majority of A Level students voted to stay.

Central Sixth director, Dr Matt Lamb, said: “In the run up to the forthcoming EU referendum, this is a highly useful and interesting event for our students. It was great to see so many engaging in the debate.”