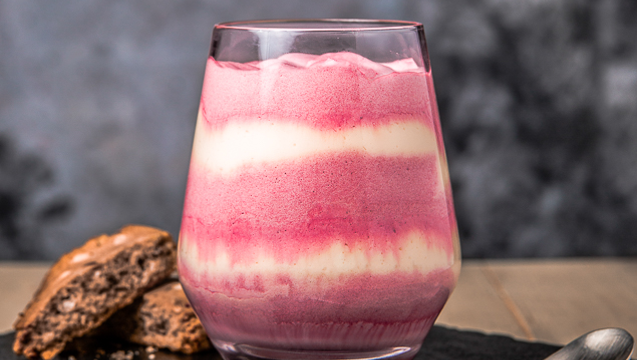 Photography students from Sandwell College and chefs from University College Birmingham are celebrating 30 years of working together to produce mouthwatering images.

HND and HNC photographers topped off their year in another collaborative inter-college project with UCB.

The students were paired into teams, with UCB students preparing a presentation recipe and Sandwell students photographing the results. Each team worked together to research, plan and produce a professional-standard photo of their final dish.

The celebration was tinged with sadness as unbeknown to the independent judges, photographer Chris Vassilas had died suddenly just before the end of the project. Chris and his UCB partner had already submitted their result.

The judges awarded Chris and Peter highly commended for their image.

Lecturer Ian Fletcher said: “We felt this was a touching tribute to Chris.”

Home / 30 YEARS OF COLLEGE COLLABORATION IN FOOD PHOTOGRAPHY
We use cookies on our website to give you the most relevant experience by remembering your preferences and repeat visits. By clicking “Accept All”, you consent to the use of ALL the cookies. However, you may visit "Cookie Settings" to provide a controlled consent.
Cookie SettingsAccept All
Manage consent