Home / LANDMARK HAIR SHOW IS OUT OF THIS WORLD

LANDMARK HAIR SHOW IS OUT OF THIS WORLD 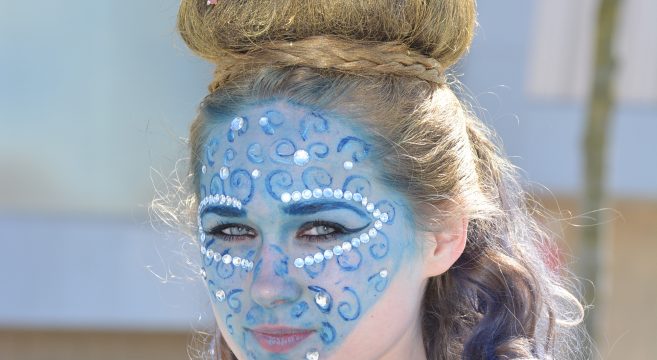 Creative Sandwell College students took to the catwalk to show off their flair for hairdressing in an Out of This World show. The NVQ Level 3 group organised and produced a catwalk display of hairstyles from straight-talking cuts to the avant garde.

Styles inspired by world landmarks such as Sydney Harbour Bridge, the Great Sphinx of Giza and the Empire State Building featured on stage alongside fantasy and futuristic designs by hair and media students, building up to a grand finale procession.

While the hairdressers organised the show, they were helped by beauty therapy students who designed the make-up, photography students who took publicity pictures, and dance students who choreographed performances. Technical theatre students also provided sound, lighting and music, and stage managed the whole production.

Lecturer Claire Monk said: “The students planned, arranged and evaluated the whole show themselves, and they have been working hard since September to make sure everything went successfully. We also exhibited some of the cuts and styles which won us first, second and third places in the National Hairdressers’ Federation competitions in Blackpool.”

Home / LANDMARK HAIR SHOW IS OUT OF THIS WORLD
Apply Now