Home / CREATIVE COLLABORATION IS A WORK OF ART!

CREATIVE COLLABORATION IS A WORK OF ART! 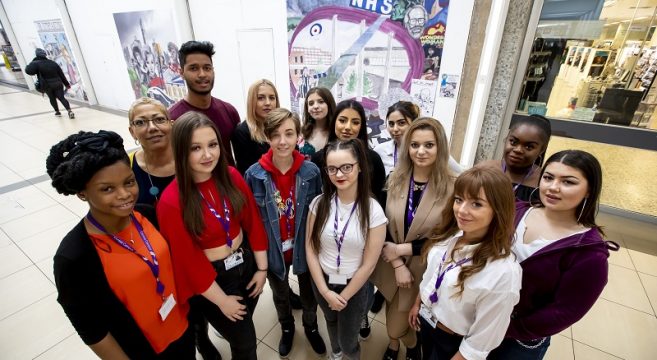 The college partnered up with the Queens Square shopping centre team to create a competition for its students. Five teams of Level 3 second year learners competed to produce a visual celebration of what has been and what is outstanding about West Bromwich.

Queens Square then asked the public to vote for their three favourite ones, to be exhibited in the centre. 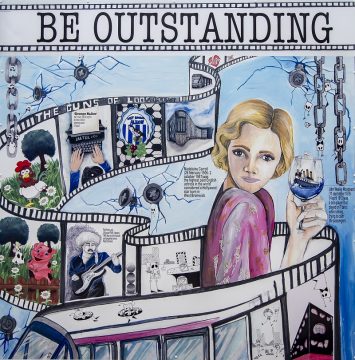 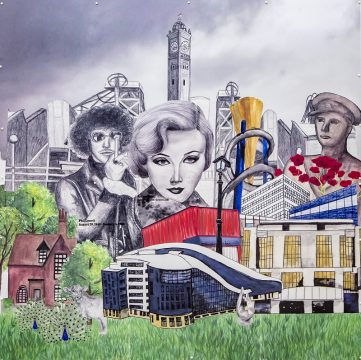 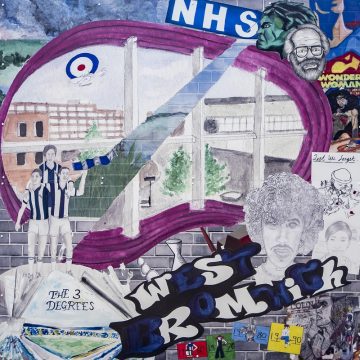 On the Purple Team were Tia Palmer, Katie May Harrison, Denielle Daley and Komal Mehan. And on the Grey Team were Mirko Puddu, Kensah Khan, Simon Lal and Tiffany Michaels.

Sandwell College Art & Design Lecturer, Donna Berry, who coordinated the students’ involvement in the Queens Square project, said: “Our community arts projects enable students to create their own individual innovative proposals for the benefit of all, while applying and developing their professional practice.”

This project has been the latest in a series of local creative collaborations for the college. Recently the art and design students have also been delivering creative workshops for young patients and their families at Sandwell Hospital in collaboration with the Kissing it Better charity.

Home / CREATIVE COLLABORATION IS A WORK OF ART!
We use cookies on our website to give you the most relevant experience by remembering your preferences and repeat visits. By clicking “Accept All”, you consent to the use of ALL the cookies. However, you may visit "Cookie Settings" to provide a controlled consent.
Cookie SettingsAccept All
Manage consent