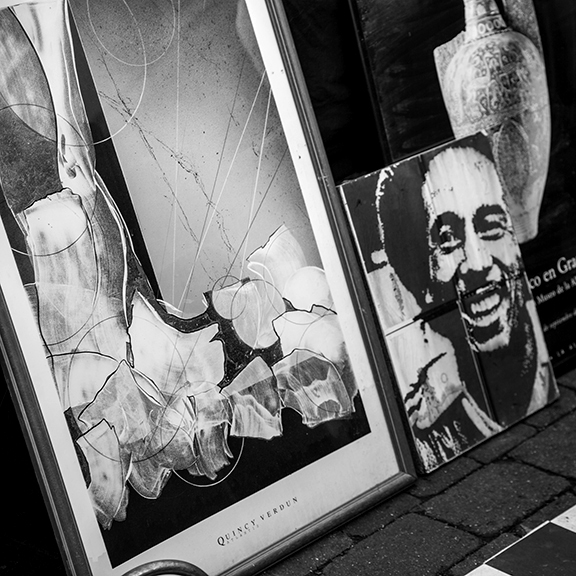 His exhibition is now on display at the Sandwell Arts Café in Central Saint Michael’s Campus until 7 February.

Herbert completed his HND at Sandwell College before going on to complete his degree at Birmingham City University.

He became artist in residence at BCU and has recently exhibited this show in central Birmingham at the Medicine Bakery & Gallery in New Street.

Herbert cites his influences as street photography pioneer Henri Cartier-Bresson, veteran documentary photographer Charlie Phillips and the celebrated photojournalist Don McCullin. He says: “I take pictures because I want to show the world about life and the things that you may not see, things that we take for granted. I see moments, the light, an image, a person, a reflection. I experiment by using and processing old film to see what might happen to the image. I capture people in a moment of their lives.”

He adds that Sandwell College was the springboard for his new career direction as it gave him the opportunity to work with Magnum photographers and his lecturers gave him the confidence to go to university.

Home / VISION OF MOMENTS
We use cookies on our website to give you the most relevant experience by remembering your preferences and repeat visits. By clicking “Accept All”, you consent to the use of ALL the cookies. However, you may visit "Cookie Settings" to provide a controlled consent.
Cookie SettingsAccept All
Manage consent