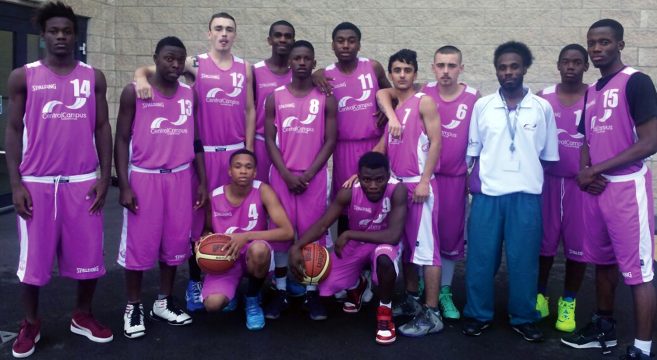 Basketball is Sandwell College’s flagship sport. We have good links with our local club, Sporting Club Albion, who signpost players to development and performance opportunities outside of college.

During our first season (2012-2013) in the college league system we won the Tier 3 West Mids League.

We are currently tied in a four-way battle for the Tier 2 West Mids League, and earlier in the season we made it to the final of the AoC West Mids Champs, at University of Worcester Arena.