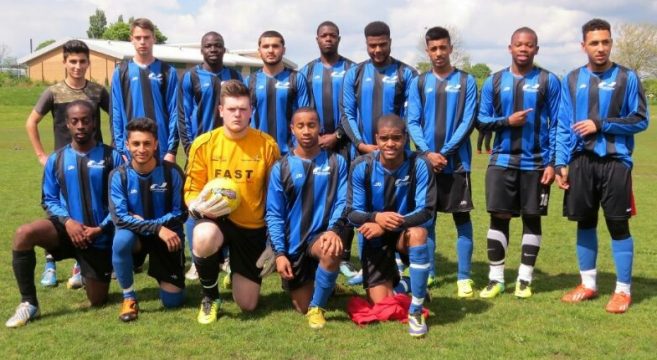 We have two men’s football teams competing in the AoC League system and learners from all course areas can play. Last season the College A Team finished third while the College B Team won their league with a perfect campaign by going unbeaten for the entire season.

Matches against other West Midlands colleges are played on Wednesday afternoons to a very high standard. Trials are held at the beginning of the season to try and create the strongest teams possible although it is important to point out that players are selected not only on ability but also on attitude and application.

We are hoping to create a third team for 2015/16 so more students can benefit from the experience of being part of the college football set up. Even if you miss out on being selected for the college teams, you can still take part in the weekly Team 19 Futsal League on campus (where many players have successfully made it on to the teams by showcasing their skills).